ZEEL provides approval to merge the company with SPNI, which may rerate the ZEEL stock in the market 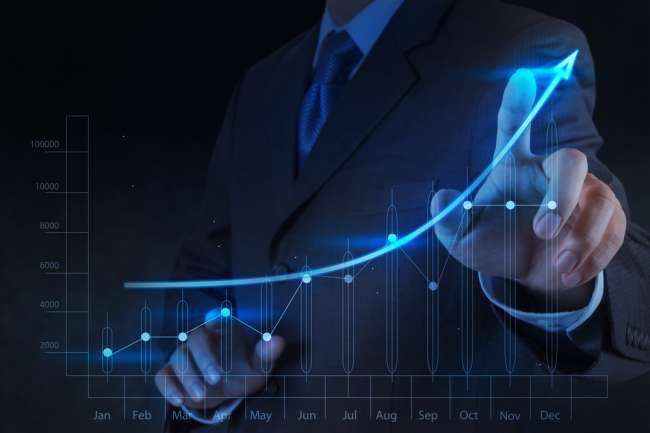 The move by the board of Zee Entertainment Enterprises Limited (ZEEL) to provide an in-principle approval to merge the company with Sony Pictures Networks India (SPNI) may rerate the ZEEL (popularly known as Zee TV) stock in the market and investors may be willing to pay a higher price to acquire shares from the market. The price spurt in the counter with equally good trading volume supports this argument.

The Zee TV stock was up by almost 22 per cent at Rs 311.70, a 52-week high level, on the NSE while writing this report at around 12:00 noon, while the Nifty-50, NSE benchmark index was trading almost flat at 17,562. The ZEEL counter clocked a combined trading volume of 7.49 crore shares traded on BSE and NSE together.

R Gopalan, chairman, ZEEL, said, "The Board of Directors at ZEEL have conducted a strategic review of the merger proposal between SPNI and ZEEL. As a Board that encompasses a blend of highly accomplished professionals having rich expertise across varied sectors, we always keep in mind the best interests of the shareholders."

“Post the merger, the stakes of Sony and Zee in the merged entity would be in the ratio of 39.5:61.5. However, due to a growth capital infusion of about Rs12, 000 crore by SPNI, this would be 53 per cent for Sony and 47 per cent for ZEEL. The ZEEL promoters’ stake would stay at 4 per cent (the current level) if they agree to a non-compete agreement. Also, they have the option to increase their stake up to 20 per cent over a period of time,” said Ashwin Patil, senior research analyst (media), LKP Securities.

Sony is strong in the Hindi GEC segment (especially in non-fiction space), where Zee is weak. Zee is strong in movies (across genres) and regional GEC space. “Zee has about 18 per cent network viewership share and Sony should be about 10-12 per cent in our view. Additionally, Sony is strong in Sports as well. Thus, it would be a good strategic fit from a broadcast, digital and content perspective,” said Patil.

Managing director and chief executive officer of Zee Entertainment Enterprises Punit Goenka will continue in his role in the merged entity. However, all members of the board will be appointed by Sony.

What It Means for ZEEL

According to Vivek Menon, co-founder of NV Capital, an AIF (Alternative Investment Fund), “This is a positive and welcome move. After the merger talks of Sony Entertainment with Viacom18 dropped, this consolidation will add synergies to the existing portfolios of both the entities, especially in the verticals of sports & OTT. Further, ZEEL would also have access to Sony's international catalogue to exploit and monetise.” NV Capital is India's maiden media and entertainment debt fund.

The corporate governance overhang of ZEEL should also fade away with this merger and enhance investor confidence. The combined entity will be in a superior position to compete with Disney more effectively both on the distribution and advertising side.

“Overall, the consolidation looks value accretive for both the entities,” said Menon.

Another benefit ZEEL can derive from this merger process is the expectation that Zee will get significantly re-rated from its current levels as it is trading at the price multiple of approximately 23 times of its FY22 earnings and it is trading at a price multiple of 19 times of its FY23 earnings. Historically, ZEEL stock has been traded at a price multiple of 30 times, this means that it still has the potential to reach its higher historical multiples. “In short, there is still potential for the share price to rise from the current level”, Patil added.

The possibility of re-rating was raised on the back of the strong price performance of the stock in THE past two weeks after Invesco, ZEEL’s largest shareholder, flagged off certain corporate governance issues. This event was also considered by the market as positive for the company as Invesco was pushing for the change in management. This meant exit for Goyals and raised the optimism of some other professional or foreign management to take over the reins.

Invesco holds 17.9 per cent stake in ZEEL and it sought an extraordinary general meeting (EGM) to remove three directors, including Goenka, and also to appoint six independent directors.

Since then, the ZEEL counter has witnessed surveillance notices from stock exchanges (SEs) three times and its stock was locked in the upper circuit on five occasions in the last fortnight. It is also interesting to note that the stocks have almost doubled from their 52-week low level of Rs 166.80 (achieved on August 23, 2021) to the current level of Rs 319.50 on Wednesday.

Also, the ZEEL counter at NSE clocked a trading volume of 7.21 crore shares with deliverable quantity at 30.49 per cent. The deliverable percentage is the number of shares for which investors will take the delivery of those shares to sell in the future. These shares are not meant for selling overnight or in the short term.

The possibility of re-rating of ZEEL stock has added life to other media and entertainment stocks. The Nifty Media index which houses nine other such stocks excluding ZEEL was the biggest gainer among the sectoral indices. It gained 9.65 per cent.

Why Investing in IPOs Entails Risk for Asset Owners