Botching-up a Nation's Vaccination Can Have Far-reaching Impact 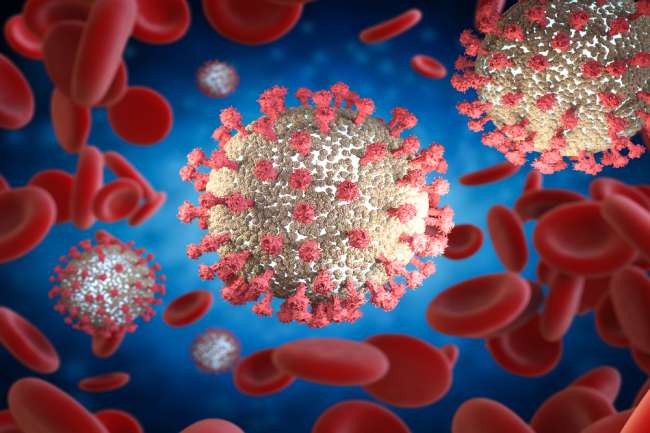 Successful variants often have a biological advantage through a mutation that helps them spread more easily among the population. And it’s the variants with these mutations that natural selection acts on, ensuring they out-compete other, less transmissible strains.

The delta variant may, however, have a more complicated relationship with people than those that came before it. It is even possible that it was government policies, rather than the variant’s inherent increased transmissibility, that led to its success and dominance in the UK.

Natural selection occurs when one type of organism outcompetes another either within or between species leading, over time, to the success of one and the demise of the other.

An example might be when one cheetah, slightly faster than another, outruns its rival and is thereby better able to catch prey, survive and reproduce. The slower cheetah is out of luck. It may either not find enough food to survive or be unable to attract a mate, both of which would prevent its successful reproduction.

The second force, artificial selection, is a subset of natural selection. It involves a person intentionally choosing which organisms survive and multiply.

An example of this is a horse breeder. Horses that have desired qualities — speed and submissiveness, for example — are allowed by the breeder to mate with others, raising the odds that the next generation of horses will have the same qualities.

A third, less well–known force called unconscious selection, is where human interactions with the environment have accidental evolutionary effects.

This further subset of natural selection is becoming increasingly important with the growing population.

Antibiotic resistance, where bacteria evolve defences against modern medicines, is a good example. As we continue to prescribe antibiotics to kill bacteria, we unconsciously select for bacteria resistant to our treatments.

Another example is how farming practices have been implicated in how diseases spread among plants.

The way people clump trees together may help diseases spread more effectively. Some researchers even argue that the 2009 swine flu outbreak, and possibly even the Covid-19 pandemic, occurred for similar reasons.

We are repeatedly harming ourselves as we continue to plant trees close to each other, or delay vaccine shots.

Delta’s ability to infect the partly vaccinated population may explain its rise to dominance. While people who have received two jabs of the Pfizer vaccine may have around 88 per cent protection, this figure is as low as 33.5 per cent with one dose of either the Pfizer or AstraZeneca vaccine, according to Public Health England.

Viewed from the perspective of evolutionary selection, it seems that the UK government’s decision to lengthen the period between first and second vaccine doses provided delta with an extra window to infect people. While Delta is likely to have evolved in India through natural selection, unconscious selection may have ensured its survival in the UK.

It is possible that the major crowd of Bolton led to the variant’s success.

And the government’s decision, even if it did contribute to the variant’s dominance, may not have been the wrong one: hospitalisations and deaths appear to be lower, even as cases dramatically rise.

Amidst the mayhem, it is important to think about the implications of the artificial selection hypothesis rather than making blanket claims about the overall transmissibility of different variants as they arise.

As different parts of the world start getting vaccinated at different rates, it is important for us to throw the spotlight on how different variants — which have been selected, naturally or unconsciously — will interact with new populations as they spread.

The US, for example, has focused on providing two doses in a shorter time frame. And assuming that because the delta variant has been successful in the UK it will create the same problems in the US, is not necessarily justified: selection is likely to have different effects in the two populations.

More broadly, this evolutionary perspective suggests that we need to look to the selection, however, it takes place, to make better predictions about which variant features are likely to lead to success in different populations. Uniting evolutionary theory with population health sciences is likely to be essential for improving our responses to disease, now and in the future.