India’s Rise Has Become Threat To US: Sanjay Baru 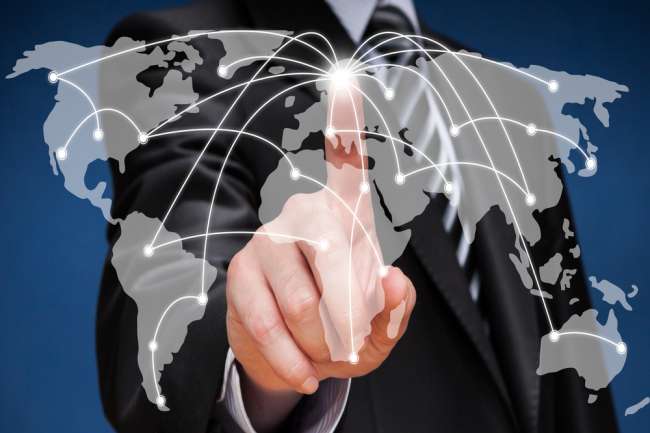 Amidst rising protectionist sentiments all across the globe, international trade is being affected resulting in tension, thus adding fuel to the fire. These trade tensions are not only hurting the global trade but also creating trade policy uncertainties.

Many experts are of the opinion that the on going US-China trade war is going to provide a lot of opportunities to Indo-pacific countries, especially India. The dynamics of these uncertainties, and implications of on going trade escalation were discussed in a panel discussion organized by International Chamber of Commerce. “India’s strategic cooperation with the US can move ahead only with enhanced economic cooperation,” said Vikramjit Singh Sahney, President of Indian Chamber of Commerce. “A cordial India-US trade relation is very important for both the countries as US will also suffer because it has a large market in India including defence, aerospace and agri products,” said Sahney.

In the backdrop of retaliatory tariffs imposition by the countries, this discussion took place in New Delhi. Participating in the discussion were global trade specialists, economists, former Indian Ambassadors and diplomats. Suresh Prabhu, the Prime Minister’s Sherpa for G20 and G7 was the Chief Guest at the discussion.

“With its lucrative prospects as the fastest growing economy, expanding consumption patterns, and increasing weightage in the global geo-economic order, India certainly can find an opportunity to woo investors who are looking for options beyond China and also tap into export opportunities in both the countries,” added Sahney.

Navtej Sarna, former Ambassador of India to the US said, “Entire Indo-Asian-Pacific region is dependent on Indo-US trade relations. And US will never have a strategic partner like market size of India. Rajiv Kher, former Commerce Secretary added that e-commerce and data localisation is across the globe and not only in India and US. So the US needs to look on this issue also along with strengthening the trade relation.

Ashok Sajjanhar, President, Institute of Global Studies and former Indian Ambassador to Kazakhstan, Sweden and Latvia expressed that there has been lack of engagement at the highest level and we also have to identify the areas like import to resolve the tension. Panelist also expressed how India has emerged as a growing power and leads by example of its friendly policies like Make in India, providing facilities for manufacturing to the foreign companies.

Experts were of the opinion that India was all set to achieving its aspirations to become biggest manufacturing hub and creating jobs for its enormous workforce through additional investments and modern technology from developed countries. They suggested that a conducive policy environment and synchronised US-India agenda would be key to determine the likelihood of these opportunities for India. Speaking on the occasion Suresh Prabhu expressed that Indo – US bonds have been strong for very long time.

The discussion was also joined by the venerated panelist who was former Prime Minister’s media adviser, Sanjaya Baru. He stated, “The primary reason for the on going challenges between India and US trade relations is India’s rise. India’s rise has become threat to US that is why US is trying to suppress India.” Baru was also the former Secretary General of the Federation of Indian Chambers of Commerce & Industry.

“India needs to constantly engage and lobby at various levels to improve ties with US and a task force should be set up to talk about the technology issues”, added Harinder Sekhon, Consultant at Vivekananda International Foundation who also participated in the discussion.